28 October 2022 – Renewables developer ACEN and the CEFC have joined forces to develop large-scale clean energy assets across Australia, powered by a $75 million CEFC investment that will accelerate an 8 GW clean energy portfolio that includes solar, wind, battery and pumped hydro.

ACEN is the listed energy platform of Philippine diversified group Ayala, with an 18 GW development portfolio throughout the Asia Pacific region. ACEN Australia will use the loan to further develop its portfolio of Australian clean energy assets.

ACEN Australia has more than 1.5 GW of projects at an advanced stage of development, including the New England Solar project currently under construction, New England Battery, Stubbo Solar and Valley of the Winds projects in the NSW New England and Central-West Orana Renewable Energy Zones, as well as the Robbins Island and Jim’s Plain Wind project in North-West Tasmania.

CEFC CEO Ian Learmonth said: “Australia needs significant investment to create a 21st century energy mix that decarbonises the grid while delivering a reliable and secure energy supply. With this investment, the CEFC is helping deliver the assets that are critical to reaching net zero emissions by 2050.

“Renewable energy, transmission infrastructure and battery and pumped hydro storage all have an important part to play in the clean energy transition. Rapid-responding storage assets will underpin a balanced grid and capitalise on Australia’s unparalleled renewable energy generation potential.

“Importantly, the CEFC is confirming its commitment to the developers who are delivering more clean energy generation. For ten years we have led the way in developing Australia’s solar sector. As developers face new challenges from supply chain constraints and increased costs, the CEFC continues to stand by them to ensure that the momentum it helped build in those early years is maintained and strengthened.”

ACEN Australia CEO Anton Rohner said: “ACEN Australia is pleased to be working with the CEFC in decarbonising Australia. The debt facilities provided will allow ACEN Australia to expedite our fully developed 400MW Stubbo Solar project. The project has signed key agreements including Connection Agreements with Transgrid, with other construction and panel agreements about to signed. Together with a commitment to Stubbo Solar from the ACEN Board in early October the project is expected to be in construction in January 2023.”

ACEN International COO Patrice Clause said: “CEFC plays a critical role in helping us enable renewable developments in Australia. The world is geared towards net zero, and collaboration across industries and the society is vital in this journey. ACEN is at the forefront of this decarbonization movement, and aim to deliver 20 GW of renewable energy capacity by 2030.”

The ACEN Australia loan facility complies with parent company ACEN Corporation’s Green Finance Framework. In a move designed to build confidence in the market, it is structured to be classified as a “Green Loan” under the Loan Market Association Green Loan Principles 2021. 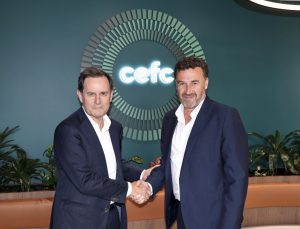